Going to the valley was my first mistake, but I digress.

Second, the men who attended the event were a mixed bag. While I was delightfully surprised to see a friend there, I was equally disgusted by the old fat guys wearing Ferrari jackets complete with bimbo barbie babes as their flashy accessory. Surely, this must be the pinacle of achieving a high social status! As for everyone else, it seemed that they were just stuck in the valley, and didn’t have much else to do. At least the drinks were not excessively expensive, and the bouncers did their job. I know this because tested the performance of the security staff. I started off by purchasing a small bottle of champagne for my friend Tricia, drank half of it out of the bottle in the most classy way possible, then stuffed it in my pants while proceeding to exit the establishment. While using the automated teller machine adjacent to the bar, a member of the security staff removed the bottle from my pants. Good job boys!

Lastly, I found the songs that were selected by the performers were dubious. Obviously music taste is extremely subjective, but for me the masterpieces from highly regarded international artists such as Papa Roach, System of a Down, Red Hot Chilli Peppers, and Limp Bizket were not inspiring enough to get my intoxicated self onto the stage to pour my lonely little heart out. I must admit that one performer really nailed the song “Blind” by the American rock group, Korn. I was impressed by the audio quality of the venues sound system. The ambient noise levels exceeded 100db but yet the bass was tight and solid and the treble was sparkly and clean.

All this being said, I had a great time and I would recommend attending the event. I wanted to stab myself in the neck mainly because I was in Spermbank. You won’t be disappointed.

Leslie is a bubbly redhead, model, and actress living in LA.  Since I love photographing people, I stuck a roll of Tri-X into my beloved camera and shot some photos for her look book.  Below are two of my favorites from the shoot. 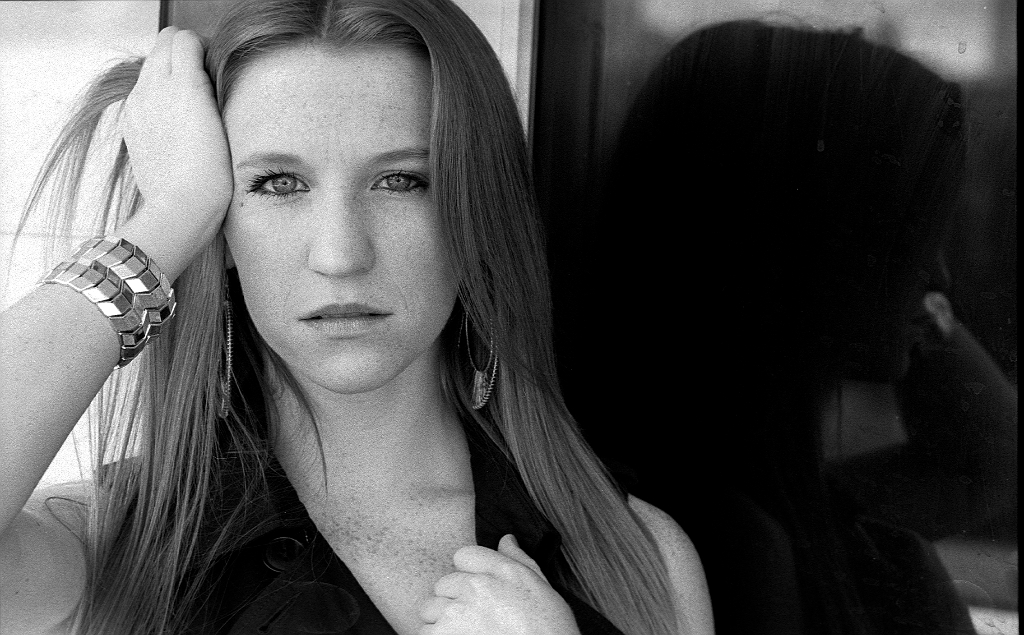 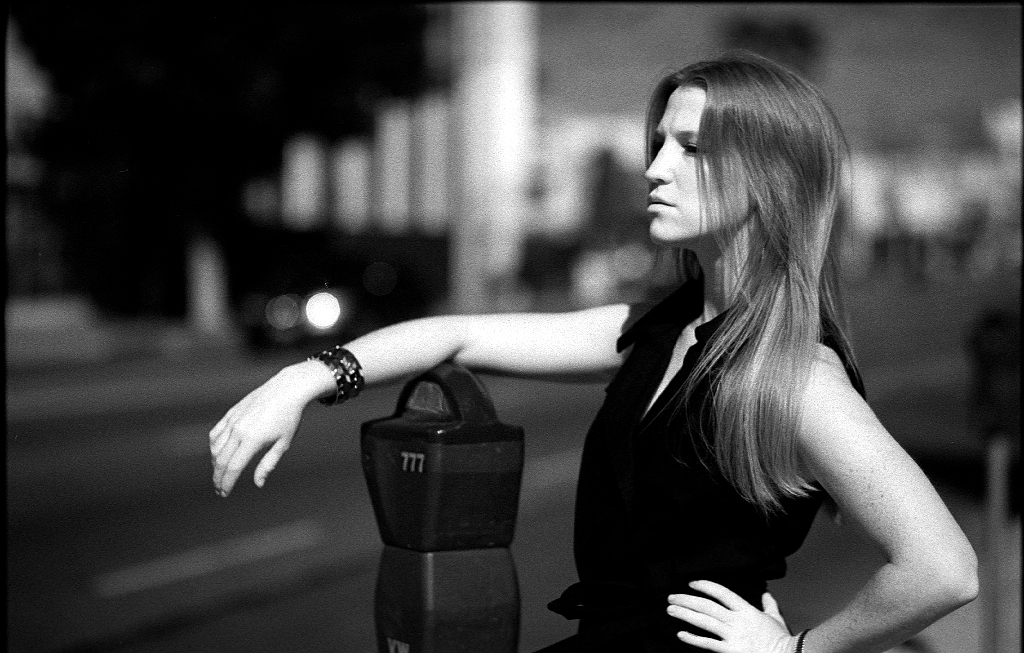