When I bought the BMW, the tires were old, dry rotted, and worn out. It was time to replace them, so I bought a new pair of Michelin Pilot Activ’s off the ‘net. The idea was to ride the motorcycle to the shop and have them install the new tires. Sounds simple enough, right? The back tire went on without giving the installer any trouble. The front tire however caused the man a great deal of pain; the bead wouldn’t seat on the rim! He tried for over an hour, screaming, yelling, and bleeding all over the place before giving up. His solution to the problem was to just sell me a different tire as the one I bought was “too small”. I figured since this guy puts motorcycle tires on motorcycle rims all day he probably knows what he is doing. A few blocks away the bike started feeling really weird. I looked down and the front tire was flat! Grahhgh!!! The bike went back into the shop where he decided to install a tube this time. By the time I got home, the tire was flat again. I thought “What the hell?”. I talked to some people over at the BMW R65 forum and they advised me to seek a second opinion. Off came the front tire and to the second motorcycle tire shop we went. The installer at this shop was a younger guy. He had a bit of trouble putting the tire on as well, but he was able to do so within 10 minutes. “It’s just a new tire” he said. Great! He also informed me that the tube the original installer used was much to big; it was all bunched up in the rim! You can bet I’ll never go back to the shop that does shoddy work. 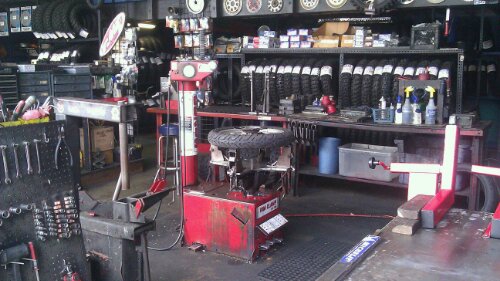 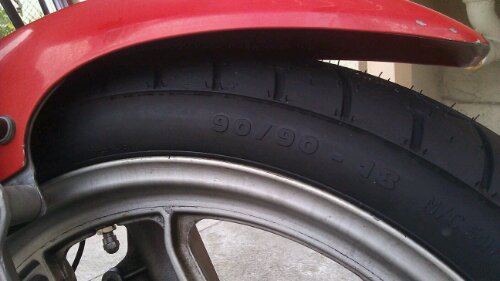