ECHOLINK NODE (Echo park) – This is a temporary node, mostly used to monitor repeaters on the east coast.  Radio is a Baofeng on low power, antenna is terrible.  Host machine is a Raspberry Pi, running Debian.  Software is SVXLink  Everything is built into a ammo can.  TX doesn’t make is much further than a neighborhood block. 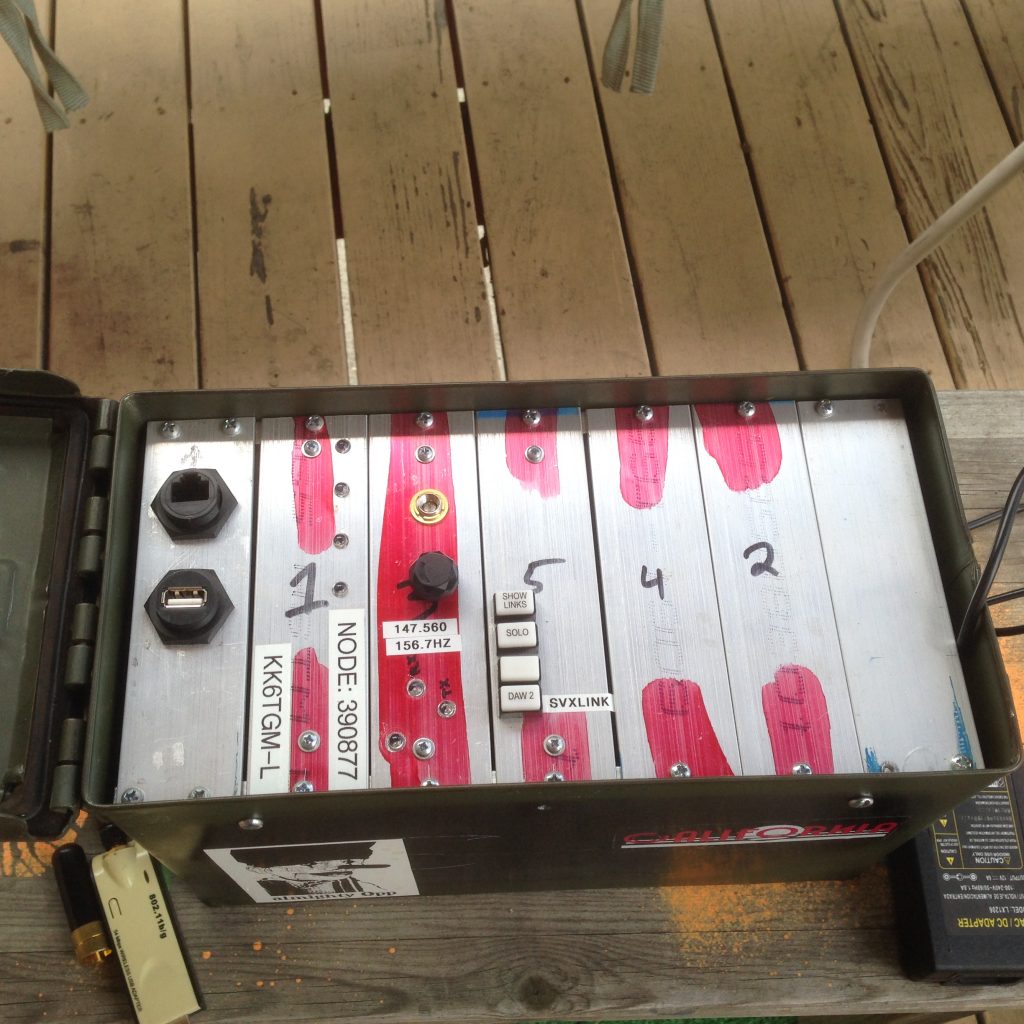